Join the Regional Chamber & Spectrum for an Exclusive Business Event!

The 38' truck will be outfitted with the following:

The Spectrum data truck is currently traveling the Mid-Western States and is making it's way towards Southern California's Inland Empire region. Take a look here https://youtu.be/UB33hofqtV4​ 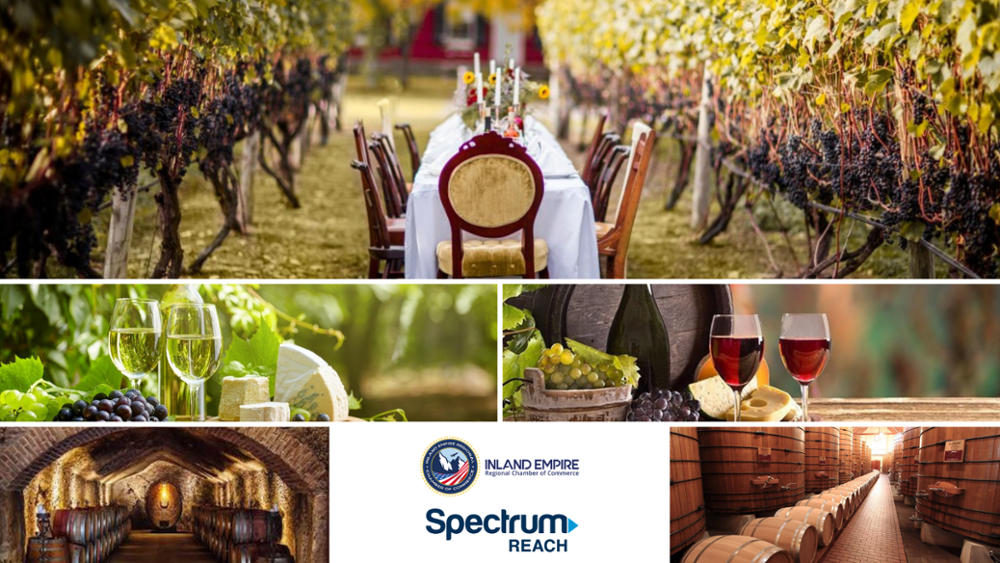 As a Regional Chamber, we primarily focus on and cater to mid - large size companies needing a regional marketing and advertising approach across both Riverside County & San Bernardino County.

The IERCC provides a platform for "C-Suite Level" executives to engage, network and conduct business with like-minded individuals from all over the Inland Empire region. Our members are the individuals whom are actively partaking in the growth and advancement of the Inland Empire Business Industry.

The IERCC is an IRS recognized 501(c)3 & 501(c)6 non profit organization. Contact us at info@iechamber.org to set up a meeting to learn more!

Spectrum Reach is the Marketing Platform of Choice

Television is alive and thriving. Spectrum Reach is committed to helping you reach your perfect customer, with innovations that empower you to digitally plan and monitor your success in real-time. We make sure you do more than keep up in the advertising space. Our clients are always one step ahead.

The history and tradition of the Filippi winegrowing family continues and flourishes today with each new vintage as 4th generation Joseph ‘J.P.’ Filippi builds upon over 90 years in the historic Cucamonga-Guasti winegrowing area.

Since 1994, the Filippis have revitalized old vineyards and undertaken new vine plantings. They continue working to restore the historic Ellena Bros./Regina Winery with the City of Rancho Cucamonga.

On March 31st 1995 the United States Treasury Department’s Bureau of Alcohol, Tobacco, and Firearms (BATF) ruled Cucamonga Valley an approved viticulture area ( View Appellation ). This was the result of a petition written and filed by our winery specifically for us and other vintners and growers in the area. This new law enabled wineries use of the words Cucamonga Valley on their wine labels utilizing at least 85% Cucamonga grapes.

Since 1995, the winery has undertaken several new acres of vineyard plantings and vineyard revitalization projects in the Etiwanda area of RanchoCucamonga. Premium red grape varietals include Petite Sirah, Grenache Noir, Tannat, Mourvedre, Merlot, Cabernet Franc, Cabernet Sauvignon, Alicante, Tempranillo and Syrah. New vine plantings in cooperation with the City of Rancho Cucamonga and the Rails to Trails project, the Cucamonga Valley Water District, Red Hill Country Club, and other private entities are scheduled for 2008 through 2010.

The Filippis’ have expanded their operation and are producing delicious award-winning vintages, according to industry experts. “It’s pretty amazing what they’ve been able to do,” says Dan Berger, a Sonoma County wine columnist whose credentials include a nine-year stint as the Los Angeles Times wine writer. “It’s not an easy business to be in,” Berger said. “But the Filippis are really reaching out and making great strides. They’ve produced excellent wines and they’re improving all the time.”