A Virtual Celebration of Resilience

Click the link to tune in to the General Assembly

On behalf of the Executive Committee of the Western Riverside Council of Governments (WRCOG) and its 22 member agencies, I would like to invite you to attend WRCOG's 30th Annual General Assembly. For 30 years, WRCOG has worked alongside members and partners to elevate the quality of life throughout Western Riverside County. Each year, the WRCOG community recognizes annual accomplishments at the General Assembly event that incorporates leaders and organizations across public, private, nonprofit, and education sectors. This year, WRCOG is excited to host a virtual General Assembly event that honors some of the many innovative leaders and milestones achieved in the subregion. We are also thrilled to welcome our featured speaker for the event, Daymond John, Founder/CEO of FUBU, Presidential Ambassador for Global Entrepreneurship, Star of ABC's Shark Tank and CEO of The Shark Group. While much of the world continues to feel the reverberating impacts of the COVID-19 global pandemic, the subregion must continue with our efforts to bolster economic resilience and lift our communities after a challenging year.

We hope you join us for this unique virtual event as we celebrate the region's accomplishments and look forward to the future of the subregion, inspired by our featured speaker. 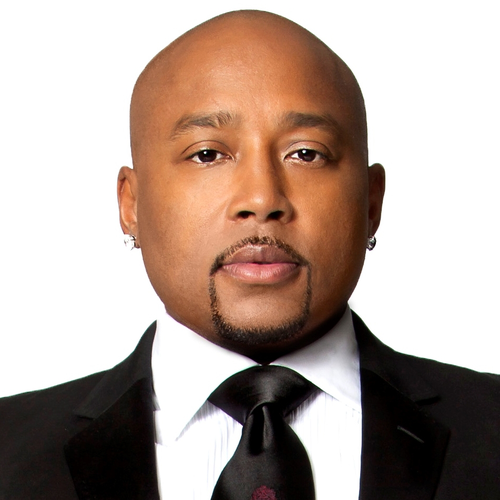 From his wildly successful role on ABC’s smash hit, Shark Tank, to his distinguished status as a Presidential Ambassador for Global Entrepreneurship, Daymond John has become globally recognized for his relentless commitment to promoting and supporting entrepreneurs.

Daymond initially made his mark as the entrepreneur and branding expert behind the groundbreaking lifestyle brand, FUBU, which has eclipsed more than $6 billion in global retail sales. From the streets of Hollis, Queens, Daymond started a global movement from the basement of his mother’s house by capitalizing on the then fledgling hip-hop culture. FUBU was a undoubtedly a key development for the streetwear market, which today is a $20 billion industry.

Since then, Daymond has continued to challenge himself and the business world in which he operates. In 2009, Daymond was tapped by lauded television producer, Mark Burnett, to join the cast of a new business-reality concept, Shark Tank. Now, after 9 seasons, 4 Emmy Awards, multiple Critic’s Choice Awards and millions of dollars in investments, the show has become one of the most successful business reality series of all time. Over the course of the series, Daymond has been a mainstay of the cast of Sharks and is now affectionately referred to as, “The People’s Shark.”

Resolved to share his hard learned lessons – from major successes and failures – Daymond has written four books, and become a 'New York Times Best-Selling Author’. While his previous books, Display of Power and The Brand Within were national best-sellers, The Power of Broke (2016) and Rise And Grind: Outperform, Outwork, and Outhustle Your Way to a More Successful and Rewarding Life (2018) are the only New York Times best-selling books from any of the Sharks.

Beyond the brands, the television series and the books, Daymond’s commitment to entrepreneurship has been celebrated on a global level. In 2015, he was named a Presidential Ambassador for Global Entrepreneurship and was part of an exclusive group who joined President Obama at the Global Entrepreneur Summit in Kenya. In March of 2016, Daymond accompanied The President on his historic trip to Cuba, which represented the first time a sitting US president visited the island since Calvin Coolidge in 1928.

One of Daymond’s proudest accomplishments is his continued fight against dyslexia. He has worked with the Yale Center for Dyslexia and he currently sits on the advisory board of Understood.org.
As a dynamic speaker with more than twenty-five years of proven business experience, Daymond has become one of the most highly sought after speakers in the country. He regularly speaks at Fortune 100 companies, conferences, universities, and independent businesses alike.

A recipient of more than thirty-five awards, including the Brandweek Marketer of the Year and Ernst & Young’s Master Entrepreneur of the Year, Daymond serves as CEO of the brand consultancy, The Shark Group, which specializes in brand strategy and development, artist relations and talent development. Under Daymond’s leadership, The Shark Group has re-written the script on how companies, brands and products can seamlessly work together to yield a sum greater than its parts. The Shark Group works with a wide range of businesses and brands, including Capital One, HSN, Forbes, Miller Lite, Gillette, Shopify and Infusionsoft and superstars such as Muhammad Ali, the Kardashians, Pitbull, Stan Lee, Carlos Santana, Jillian Michaels and others. 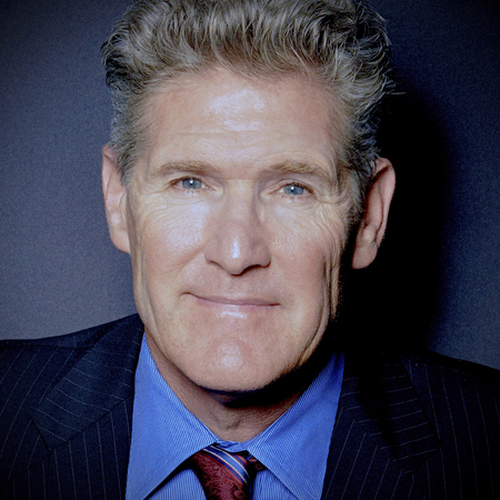 Kevin Bash, a Norco resident for more than 50 years, brings a diverse range of skills and perspectives to his leadership role on the Norco City Council. Mayor Bash, who was first elected to the City Council in 2009, previously served on the City's Parks & Recreation Commission (1998-2008) and Historic Preservation Commission (2008-2009).

"My dad brought us to Norco because he wanted his sons to have a childhood in a rural setting," reports Mayor Bash, a member of an entrepreneurial family. The Mayor operates two local businesses, Bash's Stables and his family's Town & Country Day School, which has educated several generations of Norco children. "We are a family of small businesspeople, and I firmly believe that the greatest preparation one can have for public office is the challenge of meeting a payroll week after week, good times and bad," says the Mayor Pro Tem.

As a writer, Bash has penned five books about Norco history, as well as novels and screenplays, some inspired by life in Norco. He is regarded as the community's ex officio City Historian, possessing an encyclopedic knowledge of local history and an extensive collection of historic artifacts. He has an enduring commitment to the future restoration of the Lake Norconian Club Hotel and other local landmarks.

Currently, Bash represents Norco on the Western Riverside County Regional Conservation Authority (RCA) and Western Riverside Council of Governments (WRCOG). He has served on the Economic Development Advisory Council (EDAC) and sits on the Senior Advisory Committee, Norco Schools Committee, Measure GG Oversight Committee, and United Norconians for Life Over Alcohol and Drugs (UNLOAD), as well as the George Ingalls Veterans Memorial Executive Committee. Bash is also a member of the Board of Directors of Corona Regional Medical Center.

A steadfast supporter of local veterans, Bash has spearheaded the community's acclaimed Pearl Harbor Commemoration Day, was the force behind the George A. Ingalls Veterans Memorial, founded the Annual Rolling Devils Wheelchair Basketball Tournament and the Norco Film Festival to honor local history through film. He is a past board member of AYSO and Norco Girls Softball, and was a soccer, basketball and softball coach for many years.

"I began my journey because of an unfair zoning issue, which prompted involvement in City commissions and committees for more than a decade, ultimately leading to a seat on the City Council," says Mayor Pro Tem Bash. "My priorities for Norco include attracting and fostering commerce, developing a consistent funding stream for City services without compromising our lifestyle, open space and animal keeping, and supporting programs for seniors and youth," he says.

Bash, a three-time recipient of Man of the Year honors, is married to prominent photographer Brigitte Jouxtel. The couple has one grown daughter, Angelique, who has inherited her father's passion for film working as an executive at NBC/Universal. 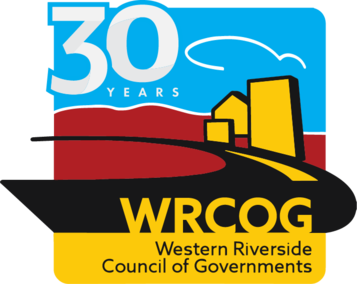 Thank you to our sponsors and supporters.

The purpose of WRCOG is to unify Western Riverside County so that it can speak with a collective voice on important issues that affect its members.

Western is one of the largest public agencies in Riverside County providing water, wastewater (sewer), and recycled water services to nearly 1 million people, both wholesale and retail customers, across 527-square miles in western Riverside County.

Providing customers with an exceptional customer experience is our top priority, and we do this by pairing consistent delivery of safe, reliable drinking water and wastewater services with outstanding customer service. We view our customers as essential partners in ensuring long-term water security for our region.

Charter Communications, Inc. (NASDAQ:CHTR) is a leading broadband connectivity company and cable operator serving more than 31 million customers in 41 states through its Spectrum brand. Over an advanced communications network, the company offers a full range of state-of-the-art residential and business services including Spectrum Internet®, TV, Mobile and Voice.

As our name suggests, we’re all about places and how they work—geographically, environmentally, functionally, aesthetically, and culturally—but we’re also passionate about how we work collaboratively with our clients. Ours is a holistic approach. We celebrate personal passion and ownership while encouraging integrity, creativity, and innovative thinking. We bring people together from diverse practice areas, offering best-of-all-worlds capability and connectivity. Just as each place we work on is distinctly different, so is our thinking.

We start with a vision to design a great community—with a thoughtful approach to creating healthier and more sustainable environments, neighborhoods, workplaces, and schools. We emphasize processes, relationships and communications, while synthesizing dimensions, details and constraints into actionable plans, using environmental scans, community design and other diagnostic and planning tools.

As ideas about place and community have evolved, so have we. Our rich history goes back to the 1970s, and our services and practice areas address both economic and societal changes, and the increasing complexities in the world of environmental health and regulation. Recognized with numerous awards, we have met these challenges and excelled. PlaceWorks builds off this foundation, and together with our clients, will continue to create great places.

Eastern Municipal Water District (EMWD) is the water, wastewater service and recycled water provider to more than 850,000 people living and working within a 555-square mile service area in western Riverside County. It is California’s sixth-largest retail water agency and its mission is: “To deliver value to our diverse customers and the communities we serve by providing safe, reliable, economical and environmentally sustainable water, wastewater and recycled water services.”

With 70 years of experience, the board members and staff of EMWD are proud, confident and ready for the future.

Richland is a diversified real estate investment company with vast expertise in land acquisition, entitlement and community design. Richland has created a wide array of successful developments in 4 states over the company’s 40+ years in existence and is well positioned for this cycle with over 40,000 single family lots and several million feet of office, retail, and industrial in different stages of development.

The hallmark of Best Best & Krieger’s success is rooted in the relationships we forge with our clients. Grounded in integrity, respect and a shared commitment to excellence, these relationships create a sense of unity, and assure that we are fulfilling our role as trusted advisor and advocate.

BB&K is a limited liability partnership that has been in business for more than 125 years. We are a full-service law firm with about 200 attorneys in 10 offices throughout California and Washington, D.C. We deliver effective, timely and service-oriented solutions to complex legal issues facing public agencies, businesses and individuals across the U.S. and internationally.