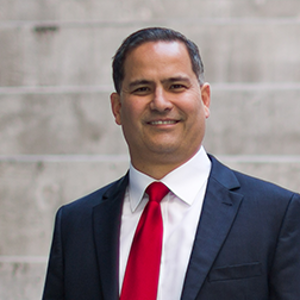 Congress has a lot to learn about running the economy, and who better to teach them than the author of Economics for Dummies? Sean Flynn has grown businesses, taught college students, and even become a champion martial artist. Now, America’s leading economic educator is dedicating his life to bringing good jobs, world-class schools, and high-quality, affordable healthcare to the Inland Empire.

Sean was born in 1973 on Clark Air Force base in the Philippines. His father, Thomas, a WWII combat veteran, was the vice-principal of the base high school. His mother, Mikiko, an immigrant from Japan, was a full-time college student.

When Sean was four, the Flynn family moved to Sacramento so that Mikiko could begin medical school at U.C. Davis. During their first years in California, the Flynn family struggled to get by. Mikiko was still a student, and Thomas struggled to find work. It was the late 1970s and jobs were in short supply as inflation raged and the second oil crisis pushed the economy toward recession.

The family got by on food stamps until Thomas found work as a teacher and Mikiko won a U.S. Navy scholarship. After she completed her medical degree and the internship, the Flynn family moved to Los Angeles, where Mikiko served as a Lieutenant Commander in the Medical Corps of the United States Navy after completing her residency in ophthalmology.

Sean’s parents were always serious about academics and they encouraged him to understand the economic and social forces that create jobs, opportunity, and prosperity—especially for the vulnerable and disadvantaged.

After attending public schools in Los Angeles, Sean completed both a bachelor’s degree and a master’s degree in economics at the University of Southern California. Still fascinated by the economy, Sean won a scholarship to U.C. Berkeley, where he earned a doctorate in economics in 2002, studying under Nobel Laureates George Akerlof and Daniel McFadden.

Throughout graduate school, Sean also practiced and taught the martial art of aikido, eventually becoming a U.S. national champion before coaching five of his students to national championships.

While still only in his early 30s, Sean’s skill at explaining the economy gained worldwide attention after he wrote the international best seller Economics for Dummies. Just two years later, Sean became the co-author of the world’s best-selling economics textbook.

Sean has had a successful teaching career, first at Vassar College in New York and since 2009 at Scripps College in Claremont. Sean believes economics should always be translated into entrepreneurship and practical solutions to real problems.

Among other ventures, Sean co-founded the first company to offer student loan default protection to America’s college students and is currently one of the principals of FuzeUs, a start-up devoted to improving the effectiveness of philanthropic and volunteer activities both here in America, as well as around the world. He is also a founding board member of Employment Means Success, an Inland Empire non-profit that helps discouraged and disabled workers find jobs.

Sean is not a politician: he’s an educator and an entrepreneur. He understands America’s economic role in the world, and how empowering individuals and small businesses is the key to prosperity here in San Bernardino County.